Camas nan Geall (Bay of the Strangers) highlights the long history of settlement on the Ardnamurchan peninsula with historic structures including a prehistoric standing stone, Neolithic chambered cairn, early medieval cross-incised stone, early bronze age to Pictish fort (on the promontory), a post medieval cruck (curved timber) framed cottage, a farmstead, a sheep fold, a township and an18th century burial ground. As such, this is a site well worth a visit.

Take the track down towards the sandy beach at Camas nan Geall to explore the remains of Neolithic chambered cairn at the head of the bay. The Clyde-type chambered cairn is roughly aligned in NW and SE direction and is thought to have been originally semicircular in plan. Only remnants of the cairn remain, with two impressive portal stones marking the entrance to the chamber. The other stones have fallen or since been removed. Other points of interest nearby include Cladh Chiarain, the 18th century burial ground, a prehistoric carved standing stone and a medieval crossed incised stone.

On the headland to the west, there are remains of an Iron Age promontory fort. Look out also for the remains of round-angle stone houses and sheep fanks.

Head down the Ardnamurchan peninsula on the B8007 and park at the view point which overlooks Camas nan Geal.  The viewpoint also affords good views of Ben Hiant whose geology and landmark features are described on the interpretation board at the viewpoint. 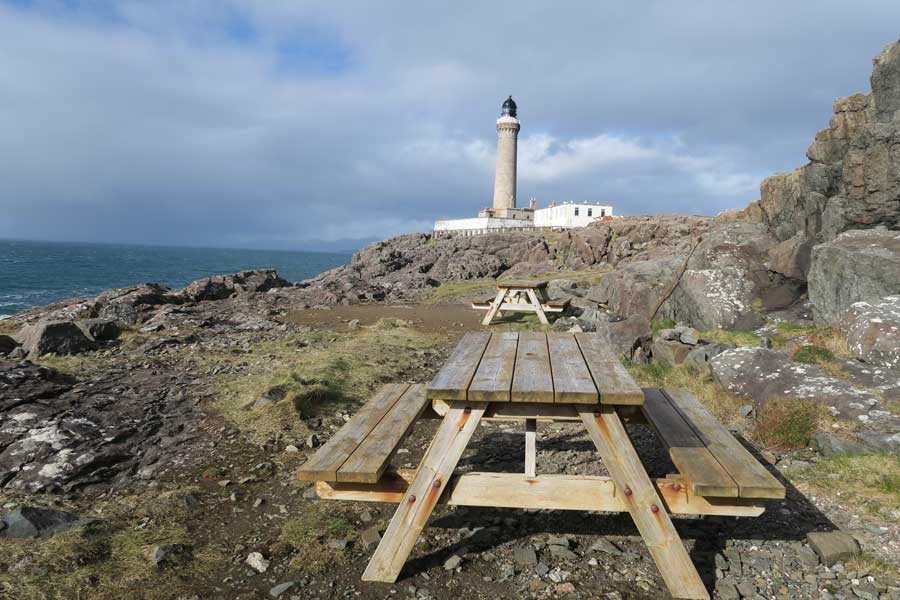 Get back to nature and enjoy a picnic al fresco